Why trees can help heal cities

Trees absorb planet-heating carbon dioxide, provide cooling shade, improve air quality, reduce energy use and contribute to better health. But these benefits should not be limited to pristine stretches of rural woodlands. One of the most important fronts in the battle to restore the environment and combat the effects of climate change involves the renewal of what are called urban forests, which can include city parks, tree-lined streets, greenways, wetlands and more.

In many U.S. cities, particularly in low-income and underserved neighborhoods, tree cover is sparse and increasingly in danger. The wealthiest neighborhoods in the U.S. have 65% more tree cover than the neighborhoods with the highest poverty levels, according to the conservation nonprofit American Forests.footnote1 The term for this imbalance is “tree inequity,” and it can have profound effects on health, climate resiliency, and even economic opportunity.

“Communities with barriers to resources — including trees and green space — are often those most highly impacted by climate change and natural disasters,” says Dan Lambe, president of the Arbor Day Foundation, a nonprofit dedicated to planting trees.

As part of its commitment to environmental justice, Bank of America is working closely with nonprofits and local partners across the globe to support regreening and urban forest management projects designed to bring both trees and jobs to low- and moderate-income areas in U.S. cities and abroad.

I mean, I do a lot of things. As you can see, I'm the first to enter the garage and I'm mostly last to leave. I make sure all our equipment is up to par, and I come in and check the vehicles out. I'm more like the go-to guy. If you want something done, you call Arron.

Arron came out of our adult training program, Detroit Conservation Corps. We noticed his leadership skills throughout the program. He's one of those stories that you like to tell about.

The story is I chose the wrong path. When you got to turn yourself in to go do 10 years, it's like, what you going to do? So I told my cousins, "Listen, we still young, man. Let's go ahead and do this time and come on home to the family."

He's a returning citizen, came into the program for a second chance. We noticed his leadership skills throughout the training, brought him on board to be a crew leader for that training afterwards, and now he's a full-time employee. He's our quality control manager for the organization.

Trees provide critical benefits to our cities. They cool our neighborhoods and reduce urban heat island. They improve storm and flood water management. They improve air quality. They lower utility bills and provide a host of other benefits. So what we're seeing across America is that underserved communities and lower-income communities have sparse tree cover that results in their neighborhoods being hotter, less economic opportunities, increased risks to vulnerabilities that are being impacted by climate change.

Well, I think trees play a major role in racial justice and equality, when you talk about tree equity.

Trees are really climate action that we can take now to address some of those historical discrepancies and look towards climate mitigation in the future.

When we go around and we plant these trees in certain areas, a tree keep away pollution. You get what I'm saying? It cleans the air that we breathe.

Workforce development is a major initiative here in Metro Detroit, and actually, urban cities around the country. What we know is that when you have a diverse offering of workforce opportunities, you can drive economic pathways. Providing tree equity through workforce development is one way to do it. It's a pathway to a livable wage job and a great long-term career, and it helps to re-green our city.

Man, right now, working with The Greening, which is like my family really, it's been beautiful. They kept me from the streets. It's like every time things got rough for me, I got promoted, so I just thank God for all that.

In the video above, Arron Nelson of Detroit, Michigan, shares how a job training program for tree conservation led to a life-changing career, just one example of the economic value of regreening. In fact, for every dollar spent on nature restoration, at least nine dollars of economic benefit can be expected in return, according to the findings of nonprofit Nature4Climate.footnote2 “Workforce development programs that provide tree equity are a pathway to livable wage jobs and a long-term career,” says Detroit-based Tiffany Douglas, Bank of America senior VP.

An abundance of benefits

The economic benefits of investing in forests go beyond job creation. The Chicago Urban Forest Climate Project found that a 10% increase in street tree cover could lower annual energy costs by 5% to 10%, a meaningful reduction at a time when many U.S. cities are suffering under the strains of increased energy consumption.footnote3

Conversely, a lack of tree cover has proven negative consequences. Especially in many low- and moderate-income neighborhoods, scarce shade and an abundance of heat-absorbing asphalt create what’s called the “urban heat island effect.” Temperatures in these heat islands can run as much as 10 degrees hotter than nearby areas with more trees, exacerbating the deadly effects of heat waves, reducing air quality, and leading to chronic illnesses, such as asthma and other respiratory ailments.footnote4

Trees will continue to be an important tool in combating the effects of climate change. Forests capture 15% of U.S. carbon dioxide emissions from burning fossil fuels, the Environmental Protection Agency reports, and tree conservation and restoration can double that rate.footnote5 “Planting and preserving trees is real climate action we can take now to address some of the historical inequities and look towards climate mitigation in the future,” says Joel Pannell, vice present of urban forest policy at American Forests.

The advantages trees offer make the efforts to regreen our cities even more imperative. “Trees are a cost-effective tool with multiple benefits, including carbon capture, reducing urban heat island effects, protecting against storm water runoff and helping clean the air,” says Rich Brown, environmental program director at Bank of America. “It is critical that we bring the natural infrastructure of trees to socioeconomically disadvantaged communities.”

For nearly a decade, urban reforesting efforts have played a major role in Bank of America’s work to address environmental issues while providing job opportunities. These local initiatives have immediate effects in their respective neighborhoods, but those benefits can also percolate out to entire regions and, ultimately, the world.

Countering the roots of inequality and effects of climate change over the coming decades will take the combined and cooperative action of governments, nonprofits and the private sector, and Bank of America is supporting this transition to a low-carbon, sustainable economy through its operations, business activities and partnerships. Learn more about the bank’s commitments to sustainability and racial equality and economic opportunity, as well as its efforts to mobilize capital to address critical environmental and social issues affecting local communities across the country. 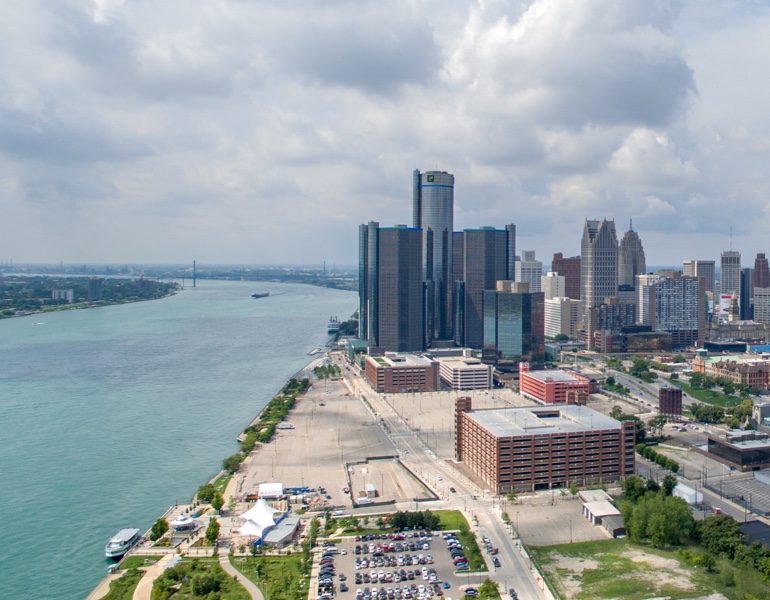 Our commitment to support & strengthen Detroit 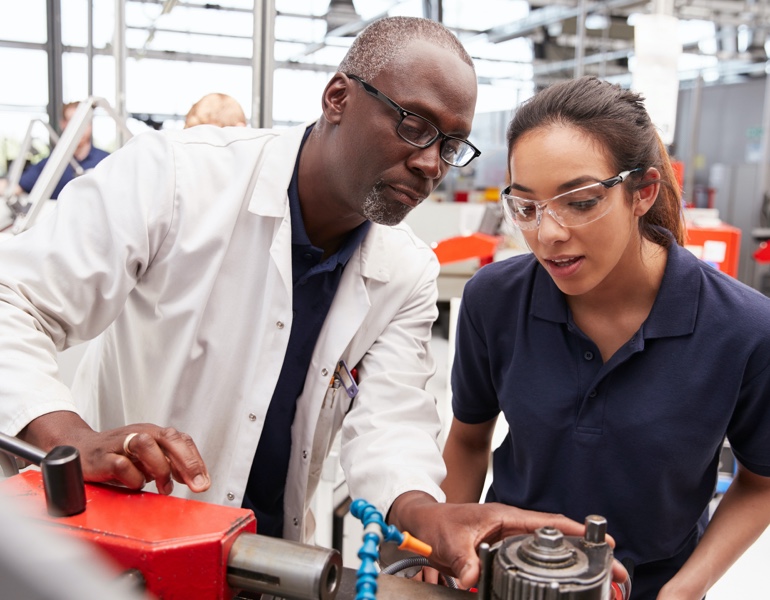 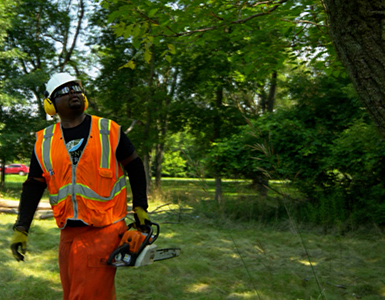