As stay-at-home orders were implemented in Ohio, the YWCA of Greater Cincinnati found itself scrambling. The group, which runs two shelters for survivors of domestic violence, learned that one resident of its 65-bed Hamilton County home was showing symptoms of the coronavirus. Residents live in close quarters, so within 24 hours the YWCA had moved everyone to hotels, where there would be enough room to practice social distancing. A week later, 16 residents of the Y’s Clermont County shelter followed.

The response was swift, but it also meant that all the food, childcare, counseling and other support services typically provided on site had to go mobile. Now staff members deliver meals prepared in the shelter kitchen, drop off needed supplies like diapers and cribs, and check in daily by phone. “I’m extremely proud at how much collaboration, teamwork, commitment and dedication our staff has exhibited,” says CEO Barbara Perez.

Their swift efforts have not been without challenges. The emergency response has increased operating costs, including personal protective equipment for the staff, security for residents and additional pay for the front-line workers. Overall, the organization has $38,000 a week in added costs. Federal funds should cover the hotel rooms, and donations like the $50,000 grant provided by Bank of America will help cover additional expenses so the YWCA can focus on caring for its residents.

How much their services will be needed in the months ahead is a growing concern for Perez. Those experiencing domestic violence may have a partner who uses this time to create fear, control behavior, restrict movement or impede access to needed recourses, making ongoing abuse even worse. “We know demand for our services will go up,” Perez says.

Still, Perez is carefully following health experts’ recommendations and doesn’t expect a return to the shelters soon. Instead, the YWCA is focused on providing transitional housing, as well as job training and education for survivors. “I think that’s the safest and healthiest option for our people,” Perez says.

Around the world, organizations like the Cincinnati YWCA are adjusting to meet the challenges of this health and humanitarian crisis. Learn more about the support Bank of America is providing, including its $100 million commitment to support local communities. 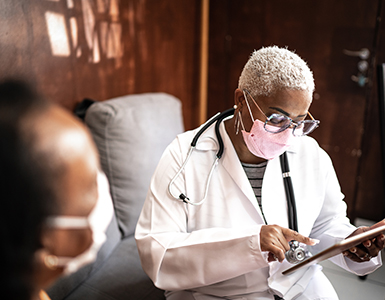 Overcoming PPE shortages for those most in need 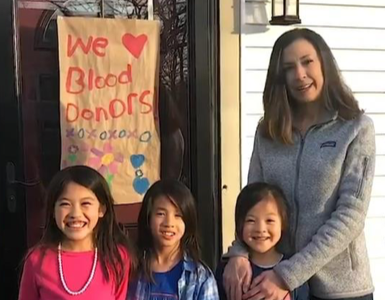