What will it take to create a more sustainable world?

Six trillion dollars per year over the next decade, according to the United Nations (UN)footnote1.

It will also take a concentrated effort across every constituency to lift 800 million people out of poverty and provide 1.8 billion people access to sanitation, among other challenges. To help frame the challenge and organize the response, the United Nations has identified 17 Sustainable Development Goals (SDGs) and their estimated cost. The SDGs are a roadmap of sorts, providing direction on what the biggest issues facing society are, and what is needed to solve them.

More than half of the funding needed is already flowing from governments and philanthropic organizations toward projects identified by the SDGs. But, there’s still roughly a $2.5 trillion gap. The reality, according to Alicia Seiger, managing director of the Stanford University Sustainable Finance Initiative, is, “Global-scale challenges require investment that exceeds public coffers.”

In fact, the issues are so large that raising the funds needed to address them requires the involvement of the entire capitalist system. According to Anne Finucane, Vice Chairman of Bank of America, that scale of mobilization means new ways of thinking about problem solving. “We have to approach achieving these goals differently,” she says. “If governments and NGOs and businesses work together, we can do so much more than any of us can do alone.”

[Bank of America Logo]
[The Power To Finance Progress]

Philanthropy is important but not nearly enough to address the world’s issues.

[Bank of America Vice Chairman Anne Finucane] If you do a commercial bank, a development bank, a nonprofit, even a private equity fund, and you blend all of our work together, we can stand up things just we couldn’t have even done before, and we have examples now of that.

[Anne talking] We get involved on a local level, we contributed some money to his cause

[Children swimming in a river] His goals and vision

[A spout pouring water] grew, we

[A woman in a field] grew in terms of our

[Anne talking] giving. They came forward with an idea of creating a fund. It’s simply this: a pretty safe investment

[Anne talking] you would get about a 3% return which is better than what you’d get from a government bond. So this is a way to sustain and to grow it over time. $50 million is a lot better than, you know half a million dollars at a time.

Major financial institutions, because of their scale, reach and expertise, can play a key role. Globally, pension funds alone control more than $36 trillion in investible assets. Insurance companies represent another $18.8 trillion, wealth managers nearly $70 trillion, and banks more than $85 trillionfootnote2. Along with that financial strength comes a growing sense that profit and purpose go hand in hand, says Brian Moynihan, chairman and chief executive officer of Bank of America. “Many stakeholders understand that they have to produce great results and create greater benefit for society.” But tapping into this capital isn’t a straightforward process.

One approach, called blended finance, aims to attract more investors by removing some of the investment risk. For example, a development bank or nonprofit organization that has lower return expectations provides the first layer of financing to a more risky project, like a desalinization plant in rural Kenya. By taking on a share of the risk and remaining invested for the duration, this first investment makes it possible for other private sector investors to join. Pension funds, insurance companies, banks and others are then able to invest at a risk level that suits their needs.

Through this process, a relatively modest investment can attract many times its initial amount from private sector financing. And because that development bank or nonprofit isn’t trying to fund the whole project alone, those organizations can use their resources to seed and sustainably finance a wide array of projects.

Combining money from development banks, nonprofits, global banks, private equity firms and others, gets things going that would have been impossible otherwise.

The business benefits of a sustainable world

From North and South America to Europe, Asia and Africa, there’s a growing awareness that solving the issues outlined in the SDGs is critical to a healthy bottom line. “Agriculture and related industries account for more than half of Kenya’s GDP,” says Nuru Mugambi, curator of the Kenya Green Bonds Programme and public affairs director at Kenya Bankers Association. “If flooding destroys tomato crops, damage ripples from farms to transportation to food manufacturing.”

Aeriel illustration of the world with machine cogs in a circular pattern. The HED text on top of the illustration reads: Business Steps Up.

Private companies and investors can apply capital at an unprecedented scale to some of the world’s biggest problems.

The hed text reads: The world has urgent needs1. There is an image of a globe with rings radiating out. There are circles on these rings, and there are also icons inside of circles that are on the rings representing different world issues.

From left to right, the first is an icon of different buildings. The text reads: Sustainable Communities, 828 Million People in need of decent housing.

The second icon is of an eye with a globe as the pupil. The text reads: Climate Action, 8 Inches Estimated rise in sea levels since 1880.

The third icon is of a pulse wave with a heart. The text reads: Good Health, 400 Million People lacking basic health care.

The fourth icon is of a water cooler. The text reads: Clean Water, 40 Percent Global Population affected by water scarcity.

The fifth icon is a combined female and male gender symbol icon with an equal sign. The text reads: Gender Equality, 77 cents. Amount women earn for every dollar earned by men

The sixth icon is of the sun with a power symbol in the middle. The text reads: Affordable And Clean Energy, 1 in 7 people globally lacking electricity.

The hed text reads: $6 trillion per year. The dek text reads: Global solutions will require a new level of. There is a venn diagram with three circles below the text. The words organization, collaboration and innovative thinking are each in a different circle.

That’s the amount needed to achieve all 17 SDGs, according to the U.N.

The hed text reads: 3 Ways Bank of America Is Helping Right Now. There is a line that branches off into three.

From left to right, the first branch has a number 1. The text below it reads: Deploying Our Own Capital.

The second branch has a number 2. The text below it reads: Mobilizing Other Private Capital.

The third branch has a number 3. The text below it reads: Sustainably managing Our Own Operations.

The hed reads: 1 Deploying Our Own Capital. There is a big circle inside of a semi-circle that has three, line branches coming out that connect to three icons. The icons vary in size, as they correspond to the numbers in the facts beside them.

Inside the big circle, there is the eye icon with a globe as the pupil. The text on the left reads: $145 billion. Our environmental business commitment has supported low-carbon, sustainable business activities since 2007.

From top to bottom outside of the semi-circle, there is a water cooler. The text beside it reads: $1.75 million Grants for desalination projects, supporting 1,800 schools and 20 microgrids in the developing world.

Next, there is a sun icon with a power symbol in the middle. The text beside it reads: $11 billion of renewable energy tax equity financing.

Lastly, there is another sun icon with a power symbol. The text reads: $6.35 billion Corporate green bonds issued since 2013.

Using our environmental commitment as one example, we are putting our capital to work through strategic grants, philanthropy, and debt and equity investments.

The hed text reads: 2 Mobilizing Other Private Capital. There is a line that starts with a fact and branches off into four categories.

At the top, the first branch reads $60 million. The text below it reads: Blended Finance Catalyst Pool aims to attract additional private capital for projects aimed at:

The second branch has an icon of the sun. The text below it reads: Affordable And Clean Energy.

The third branch has an icon of an eye with a globe as the pupil. The text beside it reads: Climate Action.

The fourth branch has an icon of different buildings. The text below it reads: Sustainable Cities And Communities.

The fifth branch has an icon of a water cooler. The text below it reads: Clean Water And Sanitation.

Private institutions can deploy trillions of dollars to the SDGs. Bank of America is working with the World Bank, Stanford University and others to scale this approach globally.

The hed reads: 3 Sustainably Managing Our Own Operations. There is an image of a line that branches off into three lines. The lines connect to three different icons, and the icons also represent percentages.

There is the eye icon with a globe as the pupil that has a full circle around it. The text beside it reads: 100% Goal for carbon. neutrality, by 2020.

There is a pulse wave icon with a heart at the end that has 75% of a circle around it. The text reads: 75% Average subsidy for health care costs for each employee.

There is a joint female and male gender symbol with an equal sign that has 50% of a circle around it. The text reads: +50% Women as part of Bank of America global workforce.

Companies such as ours are helping to meet the SDGs by supporting our workers, our communities, and the environment.

The hed reads: Working Together. Below the dek text reads: Business, Government, Philanthropy. There are branches connecting the three words and the branches connect to a globe below. On the left of the globe, are the icons of an eye with a globe as the pupil, various buildings, and a pulse wave with a heart. On the right of the globe, are icons of a water cooler, sun icon with a power symbol, and a joint female and male gender symbol with an equal sign.

With combined resources and expertise, we can find solutions to problems that seemed unsolvable.

Quantifying the economic impact of climate change is difficult. According to one reportfootnote3, over the past three years climate disasters such as Hurricanes Harvey and Katrina alone have cost the global economy as much as $415 billion—a number widely expected to grow. What’s more, the SDGs identify the missed opportunities that stem from global issues such as income inequality. A McKinsey Global Institute report noted that as much as $28 trillion could be added to the global economy by 2025 if women achieved pay equity with menfootnote4.

In light of these global challenges and opportunities, individual companies are considering how they can both minimize their own impact on the environment and foster healthier communities, while benefiting from pursuing the SDGs as part of their day-to-day business practices. Bank of America, for example, has committed $445 billion in financing and other business activities through its Environmental Business Initiative, between 2007 and 2030, to help accelerate the transition to a low-carbon, sustainable economy. Additionally, in 2020 the bank announced it had met its goal of becoming carbon neutral.

Driving that understanding is the knowledge that when like-minded organizations pool their skills and resources, it becomes possible to address immense challenges in a meaningful and fundamental way. “Just a few years ago, many of these issues seemed insurmountable,” says Finucane. “Now, there’s evidence that companies that invest in the environment and social issues are doing better than those that haven’t.”footnote5

Learn more about Bank of America’s commitment to responsible growth. 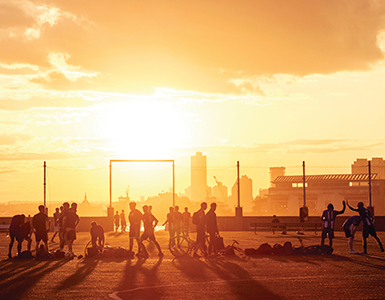 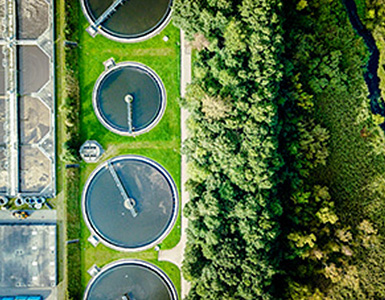 What is blended finance, and why it matters 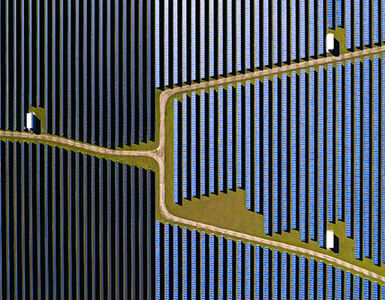