Our new film, Benjamin Franklin, explores the extraordinary contributions and inescapable contradictions in the revolutionary life of an impossibly prolific man. “Let all men know thee,” Franklin wrote in Poor Richard’s Almanack, “but no man know thee thoroughly.” Every American knows Benjamin Franklin. We learned about him and the kite and the key in grade school. But he is too interesting, too complicated, and too important a figure not to revisit. Thanks to Bank of America’s support, every American will have the chance to know him—and the country he put on the map—much better than we already do.

The 18th Century belonged to Franklin, its most consequential and compelling personality. His 84 years (1706-1790) spanned an epoch of momentous change in science, technology, literature, politics, and government—fields he himself advanced through a lifelong commitment to societal and self-improvement. In the age of reason and revolution, Franklin was devoted to the application of useful knowledge for the betterment of humankind. All too human himself, he often fell short, and he usually knew it. Franklin was not afraid to address his own failures, to rectify some, and to endeavor to be better with every day.

He wrote influential essays, coined words and phrases still used today, established enduring institutions in his adopted Philadelphia, introduced groundbreaking theories about the natural world, developed life-saving inventions, negotiated the alliance that won the Revolutionary War, and contributed as much as anyone to the foundation of the American Republic.

But the same ambition that brought him so much success as a writer, printer, scientist, and statesman also drove Franklin apart from his family. After building a life and a publishing empire with his wife Deborah in Philadelphia, he moved for work to London and left Deborah behind to manage their interests at home. They lived apart for fifteen of her last seventeen years, and, despite his continual promises to return to her, he missed her death and her funeral. Later, when he and his son William chose opposing sides in the American Revolution, Franklin virtually disowned his eldest child, even though they had intimately collaborated for decades to promote the British Empire in America.

Stemming in part from his commitment to that Empire, Franklin’s connections to race, slavery, and native dispossession are also complicated. Though he was an outspoken advocate for abolition in the final chapter of his life, he owned and enslaved people in middle age, and his newspaper earned advertising revenue from the slave trade. And while he publicly denounced white men who killed native people indiscriminately, he also invested in the expansion of white settlements onto indigenous lands.

Franklin considered himself and his nation to be works in progress with the shared foundational goal to be more perfect. From his experience as a printer and a scientist, he knew mistakes were part of the job, and he believed they could be corrected with observation and action, diligence and intention. In his attempts to rectify personal misdeeds he took the example of his newspaper’s “errata” section and worked to fix his own errors. Then at the end of his life, with the federal constitution that he helped pass, Franklin conceived of the United States as an experiment to be continually honed and improved by future generations.

More than three centuries after his birth, living Americans continue to look to Benjamin Franklin. His name and likeness are easy to find. But Franklin is much more than the face of the $100 bill or the namesake for a street in almost every American city. His influence was unmatched in his time, and his impact remains with us today.

We began our partnership with Bank of America in 2007 with our series, The War. Over the last fifteen years, we have been blessed with your support for everything we have worked on since, including The National Parks, Prohibition, The Dust Bowl, The Roosevelts, The Vietnam War, Country Music, Hemingway, and Muhammad Ali. With the benefit of longer production times to put them together and longer runtimes for PBS to air them, our films offer unique opportunities for curious Americans to understand the complex currents of our national history. Bank of America makes that possible.

We remain deeply grateful to you for all you have given, 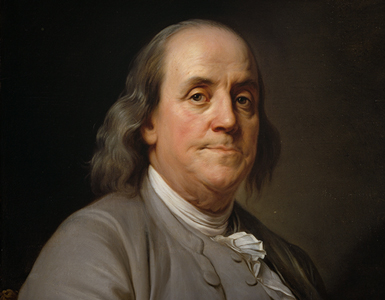 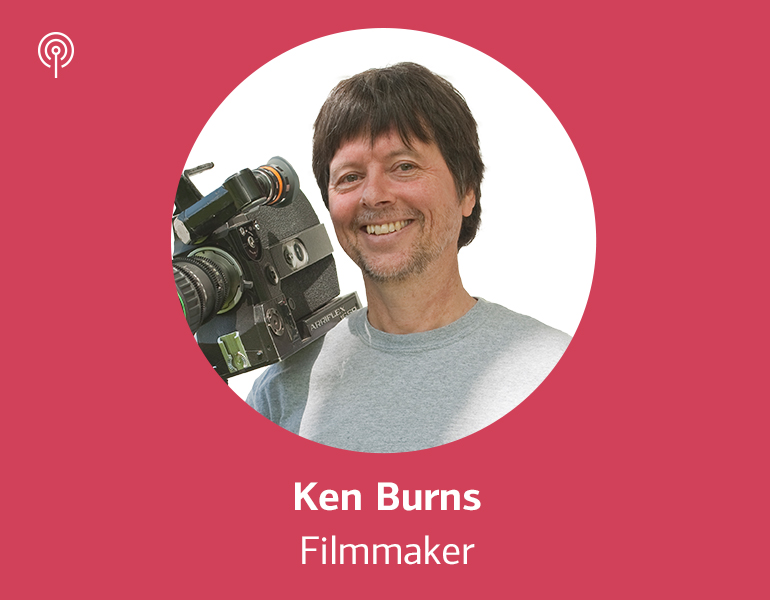 Ken Burns on his inspiration to become a filmmaker