As an integral part of the local community, our employee runners were up and running with Chicago.

The Bank of America Chicago Marathon is part of our commitment to helping local communities thrive, creating a vital impact to benefit Chicago’s small businesses and charities throughout the year.

As an integral part of the community, our own employees participated in the Bank of America Chicago Marathon this year. From running with rider athletes in support of those with disabilities, to raising funds for local nonprofits, to accomplishing personal goals by running first marathons after years of training, we were up and running with Chicago, helping to strengthen local communities where we live and work.

Peter Kline, Vice President at Merrill Lynch in Washington, has not only run more than 100 marathons, but has also run more than 60 with rider athletes, giving young people with disabilities the chance to experience the thrill of crossing a marathon finish line.

This year, Kline ran with rider athlete Peter Ruiz, a Chicagoan with spina bifida. When Kline first set his sights on running the Bank of America Chicago Marathon with a rider athlete, Bank of America helped coordinate with the Chicago Park District and Special Olympics of Chicago, who connected him with Ruiz.

“Several years ago, a client and dear friend was diagnosed with a rare form of brain cancer and asked if I would run the Boston marathon that year to raise funds for cancer research. That’s when I began to think about other ideas on how I could help or inspire others through my love of running,” Kline shared. “Peter’s a great guy and we love running together. For us, it’s not about finish times or placement. It’s about enjoying the run, experiencing the city, and celebrating our accomplishment together. It’s my honor to run with him.”

This was the third time Kline ran the Bank of America Chicago Marathon with Ruiz – and seventh marathon total together. Over the years, Kline and Ruiz have formed a kindred friendship and are even known as Peter².

Forest Park resident Steve Lindsey, Vice President of Business and Community Engagement at Bank of America, ran his first marathon ever in support of Aspire Chicago.

Steve, a 13-year employee, was touched by Aspire Chicago’s mission to provide comprehensive services for children and adults with developmental disabilities and their families. Steve is the first person to run in the Chicago Marathon in support of the nonprofit.

“Like many people, I have family members with intellectual and physical disabilities, so when I first learned about Aspire through Bank of America’s Disability Action Network, I knew I wanted to help,” shared Steve. “For the last several years, I’ve served on the Aspire CoffeeWorks steering team, which partners with Metropolis Coffee to sell high quality, locally roasted coffee, with all proceeds supporting Aspire. When I decided to run the Bank of America Chicago Marathon this year, I knew I wanted to capitalize on the opportunity to raise additional funds for Aspire.”

All of Steve’s fundraising efforts will go directly towards programs that educate individuals with disabilities on the importance of health and wellness.

Maria volunteered at the marathon in 2019, handing out medals to finishers. At that point, she couldn’t run a single mile, but she was so inspired by the experience that she decided to lace up her shoes and give it a try.

“Volunteering at the finish line and seeing people from so many countries, so many ages, and so many backgrounds was such a beautiful experience for me. I immediately thought to myself, could I do this?” shared Maria. “With some encouragement from my brother, I decided, why not try? I’m always up for a challenge.”

Maria’s brother Ricardo, also a Bank of America employee, volunteered at the marathon this year and presented Maria her first Bank of America Chicago Marathon medal – a dream two years in the making. Her husband and two children also cheered her on with homemade signs at different spots throughout the race route.

Lifelong Chicagoan, Streeterville resident and Bank of America employee, Tim Small decided this was the perfect year to run his first marathon – a challenge he never imagined he could take on – after being inspired by two special people in his life.

Tim had been involved in the Bank of America Chicago Marathon for the past seven years, viewing the route as a spectator, volunteering while a student in college, and now – as a Bank of America employee – previously passing out medals as a Race Day volunteer. In 2019, he recalls wondering if he could ever run the marathon himself.

It wasn’t until 2020 when Tim’s mother suffered a brain aneurysm, spent four weeks in the ICU, and began making her slow recovery that he realized with strength and determination, he, too, could overcome any obstacle. Last October, when the marathon was canceled, Tim’s Bank of America team joined together to run a virtual relay marathon. After participating with his colleagues, he never stopped running.

Not only did Tim channel inspiration from his mother and coworkers, but also from another very special person in his life – his niece, Kennedy. Kennedy was diagnosed with congenital muscular dystrophy (CDM) at six months old. Timothy ran to raise money for Cure CMD, a nonprofit whose mission is to spread awareness and fund research to find a cure for CMD.

“These past couple of years have not been easy for my family, but seeing their resilience and optimism gives me strength to rise to the challenge,” shared Tim. “I ran this marathon for my mom, my niece and for everyone who has been a source of strength and support for my family over the past couple years.” 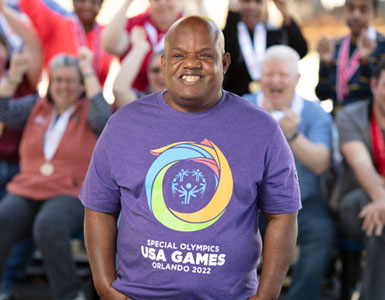 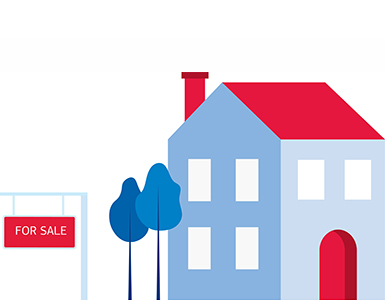