Karen Robinson’s father rarely spoke with her about the history around the 1921 massacre in Tulsa, Oklahoma. She was born and raised in Richmond, Virginia, and her father, David Williams, rarely visited Tulsa. Still, her Tulsa roots extend back to her great-grandparents, and she had an inkling from an early age that her family was “somehow connected” to the Greenwood District in Tulsa. It wasn’t until Robinson was an adolescent, however, during a trip to Oklahoma with the family that her grandfather, W.D. Williams, affectionately referred to as “Daddo,” shared his parents’ extraordinary story with her for the first time.

The Dreamland Theatre, founded in 1913 by Robinson’s great-grandparents, John and Loula Williams.

Robinson’s great-grandfather, John Williams, was a mechanic with his own car repair shop in Greenwood and one of the first African Americans in Tulsa to own a car. Because John wanted to expand his garage, he and his wife, Loula, built a larger building, with plans to operate a boarding house upstairs. When city ordinances prohibited this, they purchased equipment from a shuttered movie theater. Shortly thereafter, the Dreamland Theatre was born. With a seating capacity of 700, it screened the latest silent movies and featured live performances. The entrepreneurial couple also had a confectionery and a number of other businesses, all of which were destroyed in the 1921 massacre.

Learning about her family has filled Robinson, a senior vice president at Bank of America, with a strong desire to make sure the world knows about the courage and entrepreneurial spirit of those who helped transform the Greenwood District into Black Wall Street. When she learned that Bank of America was contributing a $1 million grant to the 1921 Tulsa Race Massacre Centennial Commission in support of Greenwood Rising, a center that will memorialize Black Wall Street, she shared her family’s story. “It has been humbling to be part of an organization that is taking an active role in addressing social challenges and has committed so much to helping share the story of Greenwood,” Robinson says. “My career has taken me to Atlanta, Charlotte and now Richmond, and I have always felt the support of the bank. But there are no words to describe the feeling I have knowing about its commitment to Greenwood. It’s just powerful.”

Karen Robinson tells her great-grandparents' story of surviving the 1921 massacre. In an interview with the Black Information Network, the Bank of America employee recalls the many businesses they founded-including the Williams Dreamland Theater-and a new museum that brings the story to life.

VANESSA: I’m Vanessa Tyler of the Black Information Network. One hundred years ago, the Greenwood District of Tulsa, Oklahoma was an African-American community so prosperous it was known as “Black Wall Street.” But in 1921, this thriving district was destroyed when a mob of white Tulsans attacked and burned the area during two days of racial violence. For Karen Robinson, senior vice president at Bank of America, the tragedy of the Tulsa Race Massacre tragedy is personal; her great grandparents survived these horrific attacks. She told us her their story.

[13:01] … My great-grandparents John and Lula started off in Mississippi and relocated to Tulsa, Oklahoma back in the early 19 hundreds. They went there in search of the promised land … My great grandfather by trade was a mechanic. And so he went there to Tulsa and actually opened up his own garage where he serviced many automobiles throughout the Tulsa community.

[13:39] My great grandfather, great grandmother Lula, was also an entrepreneur in her own right. She actually set up a confectionary store and then they also together, started the Williams' Dreamland Theater, which was a beautiful 700 seat movie theater that existed in the Greenwood district in Tulsa.

VANESSA: But the success of the people of Black Wall Street could not shield its residents from the racial hostility of those times. We spoke with Phil Armstrong of the 1921 Tulsa Race Massacre Centennial Commission who explained how a chance encounter on an elevator between a black teenage boy and a white teenage girl lit the spark that caused the riot.

[13:54] … as the elevator goes down .. He reaches out to grab the arm of Sarah Paige. So he doesn't fall. She screams when the elevator rests, the doors open, he takes off running it's broad daylight.

[14:17] … What is reported in the Tulsa Tribune on the next day is a headline that said "Nab Negro For Attacking Girl On Elevator."

[14:43] By many historians that listing that the way that it was described that article is what led to this striking of a match to set things ablaze,

VANESSA: Karen Robinson’s father told her stories of how her great grandparents survived the terrible attacks.

[16:36] … How did you hear the details and, how would you describe what happened and more importantly, what happened to your, your great grandparents?

[20:13] …He talked about how his dad, John actually tried to defend the Dreamland theater, but it got to the point where it was just too much for the citizens of Greenwood to, to handle on own. Um, he also shared where he actually stopped planes flying overhead in Tulsa, and that they literally dropped what appeared to be bombs on the area of Greenwood.

VANESSA: Bank of America recently made a donation of $1 million dollars to Greenwood Rising, new museum and learning center opening this year that will chronicle the events of the Tulsa Race Massacre and honor the legacy of Black Wall Street.

[23:22] … Greenwood's focus mainly is to tell the story of this place called Greenwood, the spirit of Greenwood, how it came to be, um, talk about this arc of oppression or systems of anti-blackness that were in place that … caused Tulsa to be this powder keg.

VANESSA: Incredibly, within five years of all this destruction, the residents of Black Wall Street had rebuilt the district and were thriving once again – including Karen Robinson’s great grandparents.

[22:55] … I think that for me, is the significance story out of this, is the resilience of these people even though tragedy struck, they still persevered to try to regain and rebuild what, what they had before.

VANESSA: This is Vanessa Taylor on the Black Information Network. 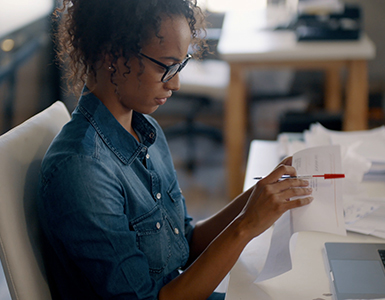 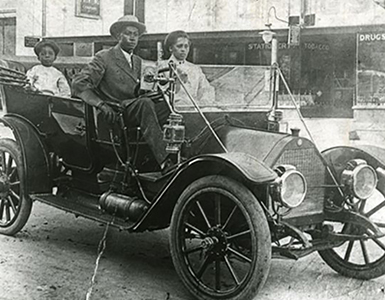